Experts have spoken about the legalities of Australians picking their own public holidays as a series of major companies and government departments give their staff the choice whether to work on Australia Day.

Prime Minister Anthony Albanese declared it was ‘fine’ to give workers – whether in the government or private sector – a choice of working on January 26 or not.

The Labor Government overturned the Morrison government’s short-lived ban on public servants working on January 26 – allowing employees to take another day off if they do not wish to mark the occasion.

It comes after Woolworths, Telstra, Network 10 and some of the Big Four accounting firms said January 26 was ‘not a day of celebration’ and instead gave their employees the option to work ‘out of respect for all First Nations peoples’.

Managing Director at HR Expert Australia Matthew Thomas told Daily Mail Australia an employee is typically able to substitute their January 26 holiday for another day but it all depends on their work agreement. 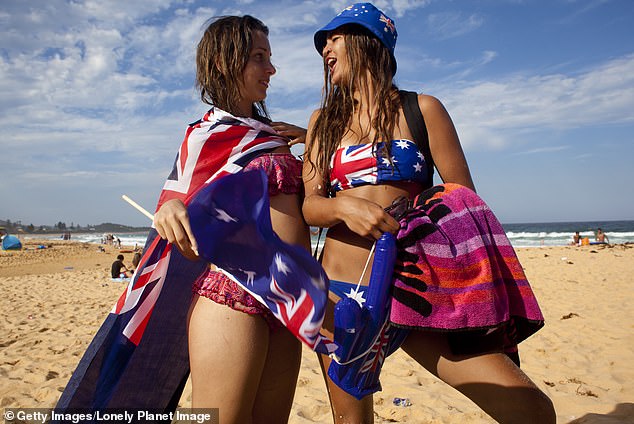 ‘If an employer wants to allow their employees to swap a national public holiday for another day, is it legal?,’ Mr Thomas said.

‘The answer depends on the employment instrument that governs the employee.’

There are three types of employment instruments for Australians including, The National Employment Standards (NES), Modern Awards and Enterprise Agreements.

Australians should check their award or agreement for any clause that allows a public holiday to be substituted for another day if they wish to work on Australia Day.

‘If it does, there is no problem with allowing an employee to work on a public holiday and transferring the day to another ordinary day of their choice,’ Mr Thomas said.

He said workers who are not covered by an Enterprise Agreement or award are still able to move their public holiday as long as their employer agrees to the swap.

Mr Thomas said the increasing trend of allowing staff to swap the Australia Day public holiday because of the negative connotations associated with January 26 has benefits for all parties involved. 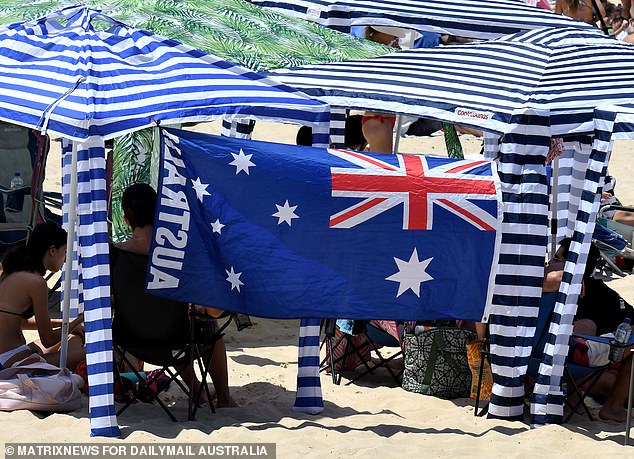 The Fair Work Ombudsman explained the decision to work, not work or substitute a day for the public holiday, must be agreed upon by the employee and their boss

‘There may be many benefits for an employer to allow an employee to substitute the public holiday for another day,’ Mr Thomas said.

‘[There’s] a higher level of engagement, a focus on diversity and inclusion and productivity benefits such as the ability for the organisation to continue trading for the whole week as opposed to shutting down.’

The National Employment standards outlines the varying factors that must be considered before electing a different date for a public holiday.

Companies must consider the worker’s type of employment – full-time, part-time, casual or shift work – personal circumstances and any penalty rates or compensation related to public holidays, as well as the amount of notice given.

The Fair Work Ombudsman website says an employer must not ‘exert undue influence or pressure’ on an employee in relation to substituting a public holiday.

While the focus is on Australia Day, the National Employment Standards covers workers on Good Friday, Easter Monday, Anzac Day, Christmas Day, Boxing Day and the King’s birthday and any other state or territory specific holiday. 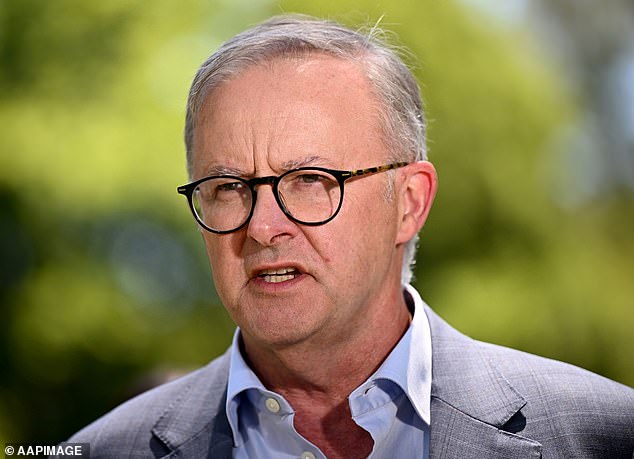 ‘It’s up to each of the departments, like it’s up to employers in other areas,’ Mr Albanese said.

‘So some employers are saying if you want to work Australia Day, you can have another day off.

‘And I think that’s fine to have some flexibility in the system. I myself will have a very busy Australia Day. I have a full schedule, and I’m really looking forward to it.’

It comes after a series of major companies effectively cancelled Australia Day for staff.

Supermarket chain Woolworths claims Australia day – which commemorates the arrival of the First Fleet – is regarded as a painful celebration for Aboriginal groups.

‘With more than 160,000 team members across the country, we’re proud to be a snapshot of Australian society,’ a Woolworths spokesperson told Daily Mail Australia.

‘To that end, we recognise the 26th of January means different things to different people. We think it’s up to each team member to mark the day as it suits them.

‘We remain focused on our reconciliation commitments including supporting the aims of the Uluru Statement from the Heart.’ 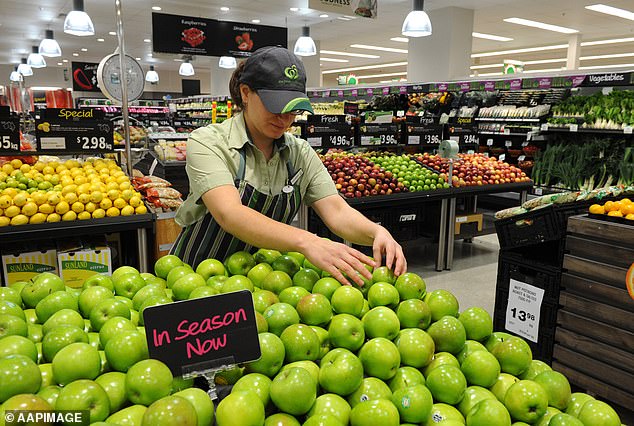 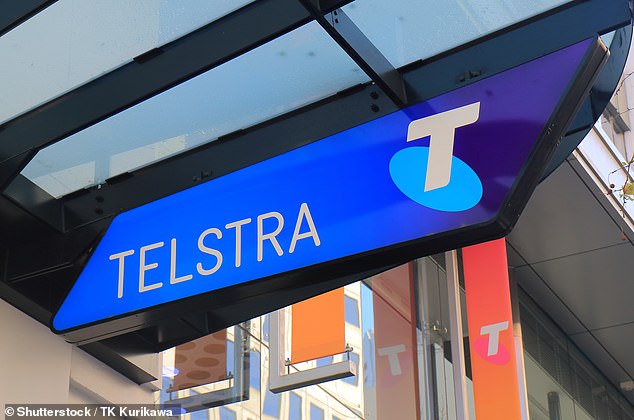 Some 29,000 employees will also now be able to choose whether to work on Australia Day after they voted on the subject earlier in 2022

Telco-giant Telstra also recently followed suit, allowing its 29,000 employees to choose whether to work on Australia Day after the company voted on the subject in 2022.

‘Our employees have the choice to work on Australia Day or take leave on another day,’ a Telstra spokeswoman told Daily Mail Australia.

‘This flexibility is built into the Enterprise Agreements our employees voted on earlier this year.’

Telstra’s decision comes after Network 10 told staff they can choose how to spend the national holiday, and that it was ‘not a day to celebrate’ for Indigenous Australians.

Paramount owns Network Ten and chief content officer, Beverley McGarvey, and co-lead Jarrod Villani announced the change in an email to all editorial and programming staff with the subject ‘January 26’. 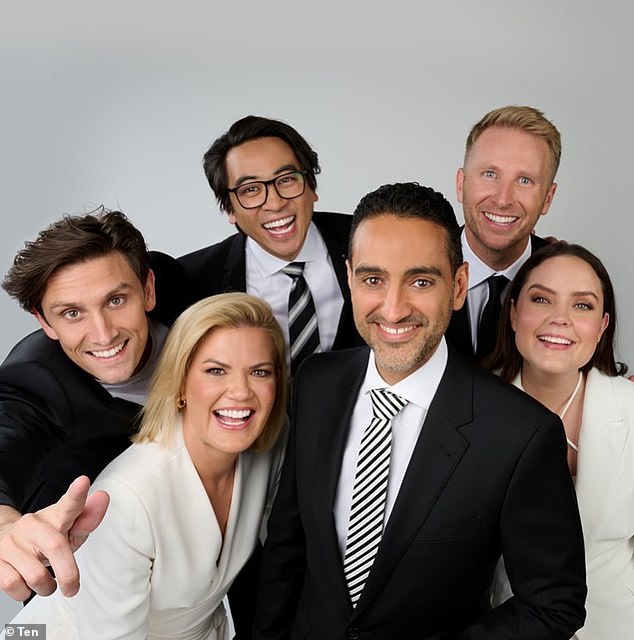 The bosses of Channel 10 told staff they have the option to work January 26 and recognises the date as ‘not a day of celebration’ for First Nations people (pictured, hosts of The Project)

The pair told staff the date was ‘not a day of celebration’ for Indigenous people and said employees could decide whether to take the day off as a public holiday or work.

‘At Paramount ANZ we aim to create a safe place to work where cultural differences are appreciated, understood and respected,’ the pair wrote in the email, first published by The Australian’s Media Diary column.

‘For our First Nations people, we as an organisation acknowledge that January 26 is not a day of celebration.

‘We recognise that there has been a turbulent history, particularly around that date and the recognition of that date being Australia Day.

‘We recognise that January 26 evokes different emotions for our employees across the business, and we are receptive to employees who do not feel comfortable taking this day as a public holiday.’

Some of the Big Four accounting firms including Deloitte, KPMG and EY have also implemented policies allowing staff to work on January 26. 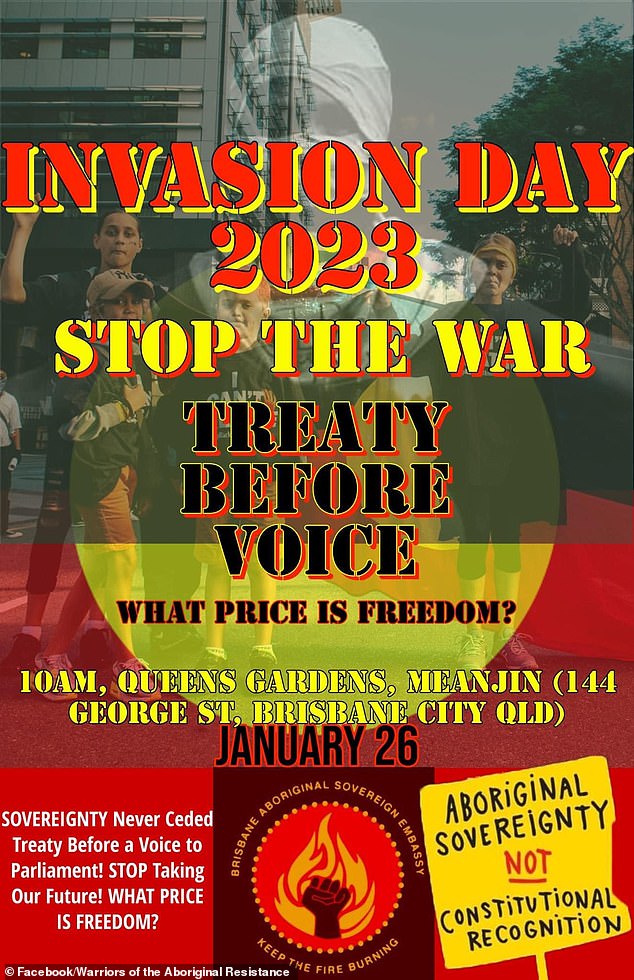 Indigenous and First Nations people have labelled the public holiday ‘Invasion Day’ and are holding rallies across the country (pictured, Warriors of the Aboriginal Resistance Invasion Day poster)

Australia Day has become increasingly contentious, with many campaigning for the holiday to be abolished entirely or the date changed.

The public holiday commemorates the landing of the First Fleet at Sydney Harbour, with Governor Arthur Philip raising the British flag to mark the founding of New South Wales on January 26, 1788.

However, since 1938, Indigenous and First Nations people have observed the public holiday as a day of mourning and instead have named it ‘Invasion Day’.

This year’s Invasion Day rallies held in Sydney, Melbourne and Brisbane on January 26 will protest against the Federal Government’s plan for a national vote on introducing an advisory body for Aboriginal affairs into the constitution.

They don’t (at least not yet) 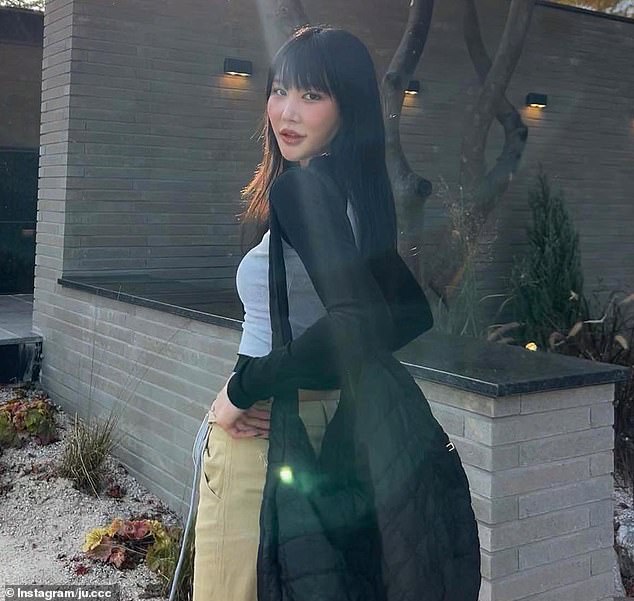 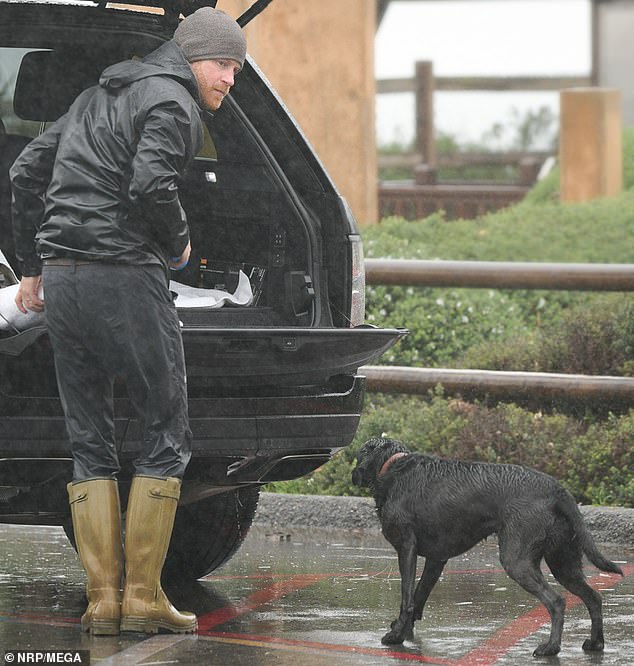 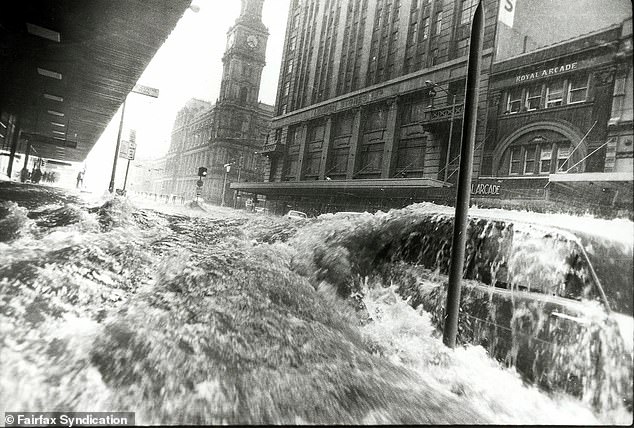 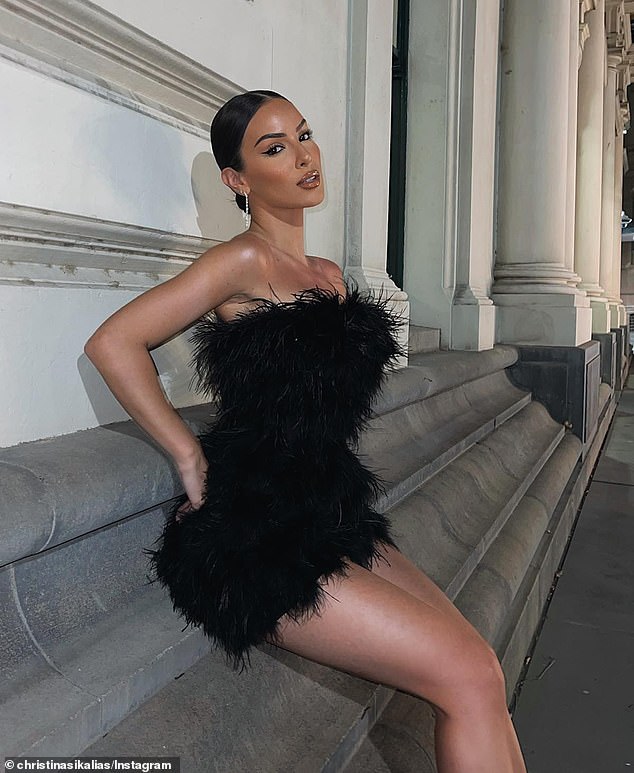