A Louisiana bar infamous as a hotspot for under-age drinking and violence has had its liquor license suspended, after a teenager became so drunk at the bar she was at risk of losing consciousness, and was then raped and hit by a car.

Madi Brooks, a 19-year-old student at Louisiana State University, died in the early hours of January 15.

She had been drinking from 10pm at Reggie’s bar in the Tigerland district of Baton Rouge – an area named for the large student population and the university’s tiger mascot.

She left the bar and was picked up by four men, with two of them raping her in a car before dropping her off by the side of a road, where she said she wanted to get an Uber. The men’s lawyer insists that the sex was consensual.

Madi Brooks, 19, was killed by a car in the early hours of January 15, having left Reggie’s bar in Baton Rouge seriously intoxicated 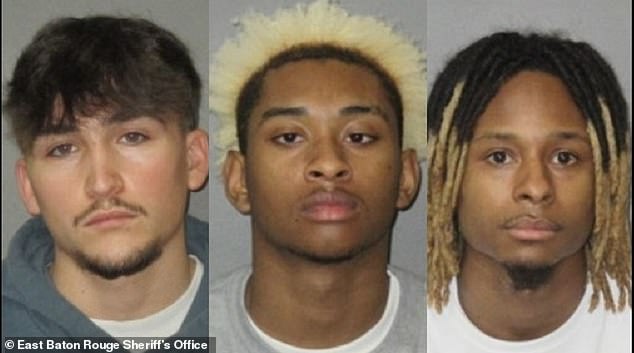 Casen Carver, 18, (left) Kaivon Washington, 18, (center) and Everett Lee, 28, (right) were all arrested on rape-related charges together with an unnamed 17-year-old boy. Lee is the uncle of Washington 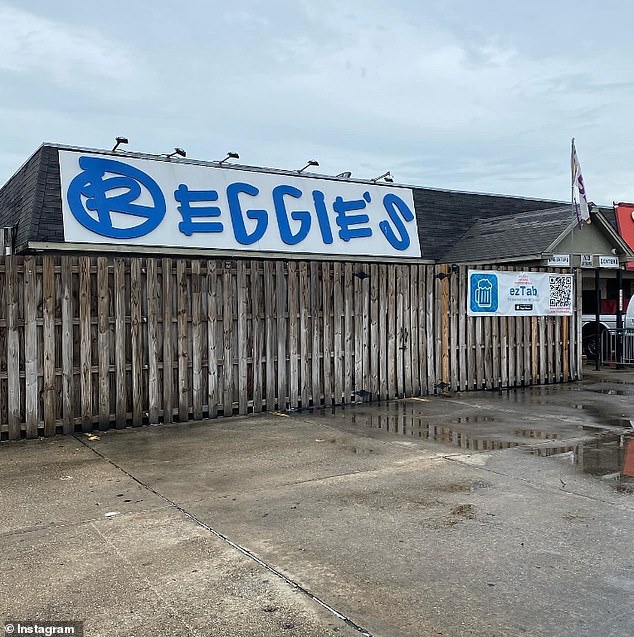 Reggie’s, in Baton Rouge, has now had its liquor license suspended

Brooks’ death has focused attention again on the notorious bar, and on Tuesday the Louisiana Office of Alcohol and Tobacco Control issued an emergency suspension of Reggie’s alcohol license, effective immediately.

The bureau will hold a hearing next month to decide what penalties if any, should be imposed based on the evidence presented. 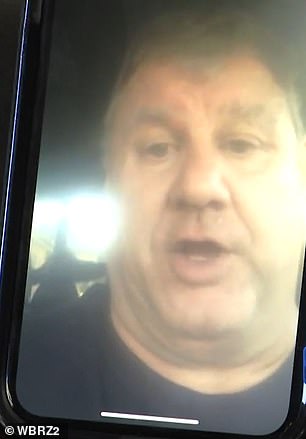 Darin Adams, the owner of Reggie’s bar, has long been in the spotlight thanks to the notorious venue

The bar owner, Darin Adams, whose sports bar is known for its taxidermy animal heads and confederate flag decor, has refused to comment.

Adams has been in hot water before, with Baton Rouge police raiding the bar in July 2017 and suspending their license for 45 days, after 37 people were arrested – many of them for underage drinking.

In September 2015 a drunk 21-year-old was arrested for waving a loaded firearm at people, threatening to open fire.

The following month, a 19-year-old man was charged with rape after attacking an intoxicated woman who left the bar, after becoming separated from her sister and trying to find her way home.

And in January 2016, a star of the LSU football team, Dillon Gordon, 22, was stabbed multiple times in the bar.

In May 2022, 16-year-old Carltez Tucker was shot dead outside the bar, and a 24-year-old woman injured. Detectives arrested three, and said it is believed the shooting stemmed from a stolen firearm that Tucker had taken.

Adams, the bar owner, told The Baton Rouge Advocate in January 2016 that the student population had decreased, and they had been replaced by ‘a lot of undesirables.’

He told the paper:  ‘It’s the people that don’t get into the bars that are causing the problems.’ 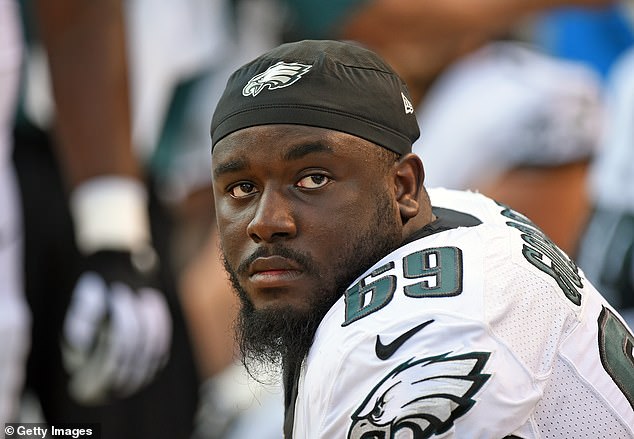 Dillon Gordon was stabbed inside Reggie’s in January 2016, when he was 22. He is seen in August 2016 playing for the Philadelphia Eagles 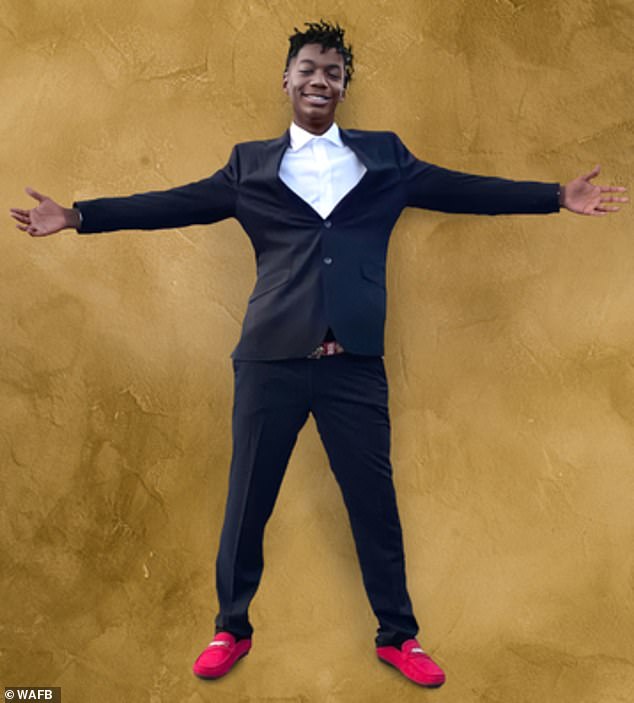 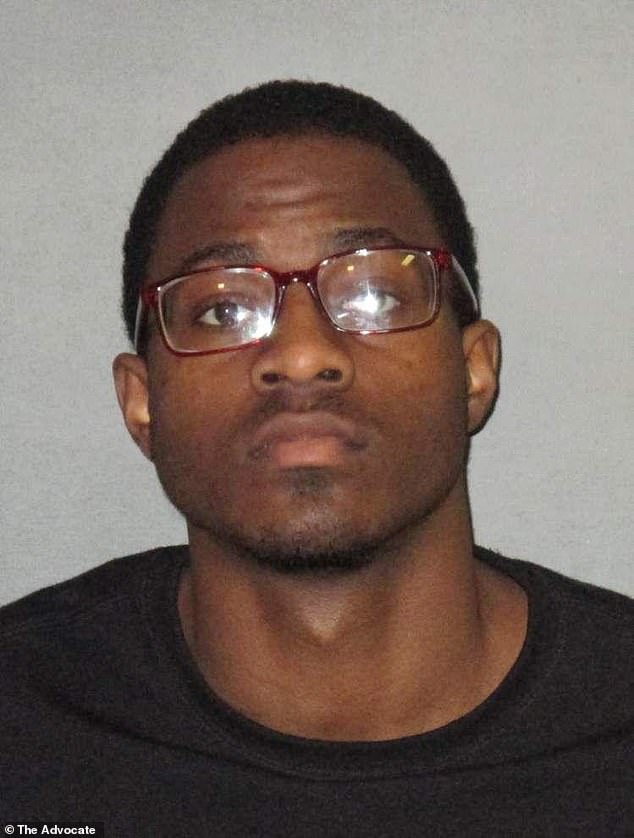 Patrick Earl Franklin, 19, was charged with rape after he had sex in the car park with a heavily intoxicated woman he met in the bar 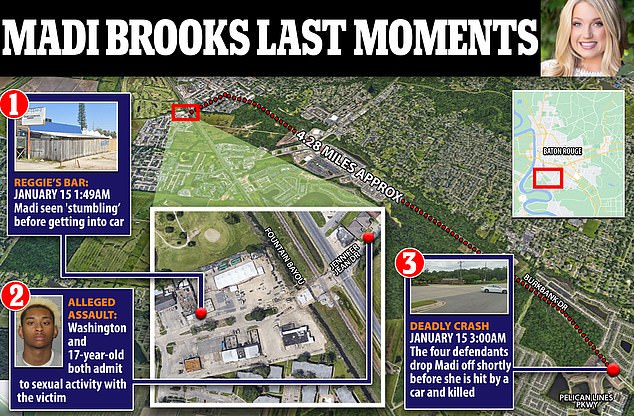 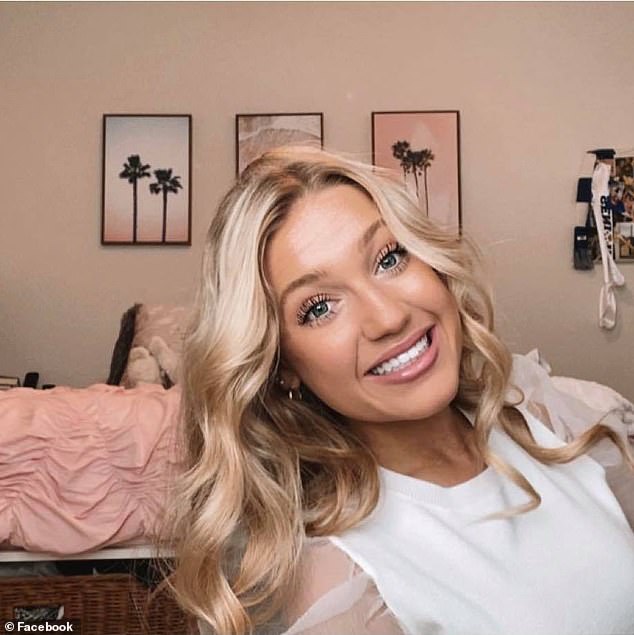 Madison ‘Madi’ Brooks, 19, had been out drinking at Reggie’s bar in East Baton Rouge, Louisiana, on January 14 when she was approached by the group 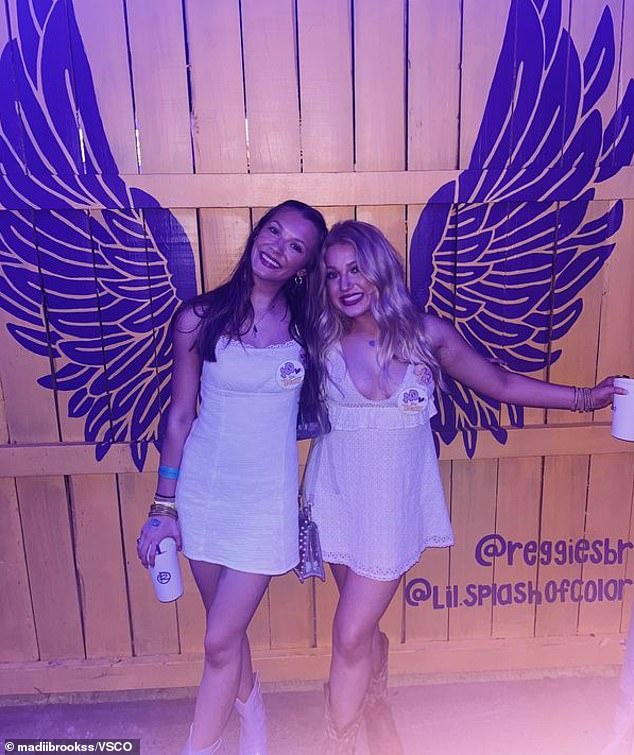 Brooks appeared to be a regular at the Tigerland bar, and posted several pictures of herself with friends at Reggie’s

Adams said it had been around since the 1990s.

William Tate, the LSU president, said Brooks’ death emphasized the need to clamp down on bars where underage drinking is permitted.

‘She should not have been taken from us in this way. What happened to her was evil, and our legal system will parcel out justice,’ he said.

‘Our collective grief and outrage cannot be put into mere words. So what can we do? It is time for action. One place to target our attention is the very place where this encounter began.

‘All but one of the suspects involved in this horrific scenario were underage yet were able to consume alcohol at a local bar.

‘As such, our action plan starts with a deep and relentless focus on any establishment that profits off our students by providing alcohol to underage individuals.

‘In the coming days, we will call a meeting with these business owners to discuss how their responsibilities directly impact the safety of our students.

‘We will work openly against any business that doesn’t join us in efforts toward creating a safer environment for our students. Enough is enough.’ 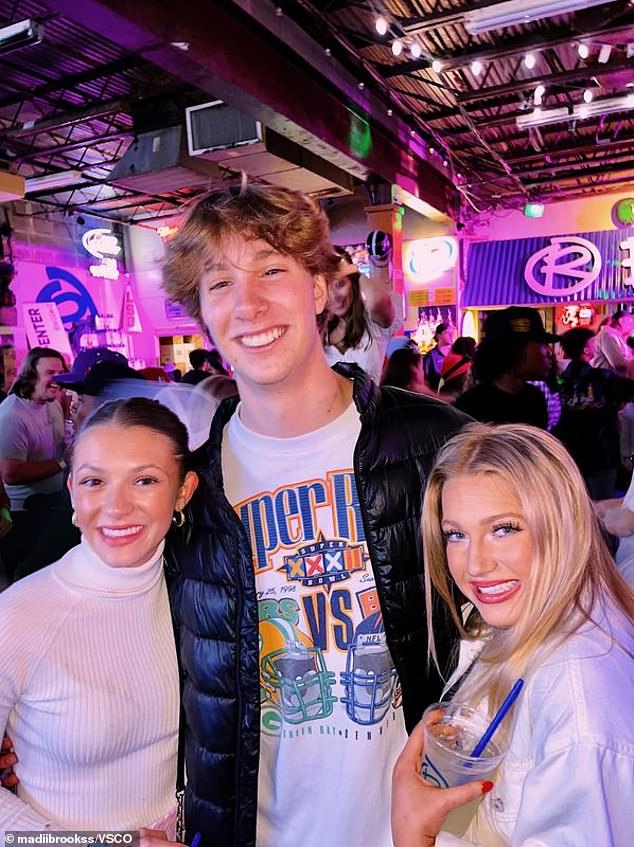 The group were seen leaving the bar at 1.49am, and the vehicle was last seen at 1.59am – with Carver telling police that the 17-year-old and Washington both had sex with the victim in the back seat of the car

An attorney for the four men accused of raping Brooks less than an hour before she was hit and killed by a car said, meanwhile, that he has video proof they did not assault the teenager.

A 17-year-old boy, who has not been identified, has been charged with third-degree rape, along with Kavion Washington, 18.

Washington’s uncle, Everett Lee, 28, and his friend Casen Carver, 18, were also arrested and charged as accomplices to third-degree rape.

They claim that she was in a ‘drunken state’ but was able to consent and willingly got in the car with them before they dumped her at the side of the road.

Brooks was then hit by a ride-share car at around 3am, close to where the men had left her.

The driver of the vehicle which hit her has not been arrested in connection with her death.

Legal documents seen by DailyMail.com reveal that Madi had 0.319g per cent of alcohol in her system – so high that toxicologists said she could have suffered from alcohol poisoning or loss of consciousness.

An autopsy also revealed that there were traces of THC, or cannabis, in her system at the time she died.

Police say that she was so drunk that she would not have been able to consent to the sexual activity, with Carver telling cops he ‘hated’ what his friends did to Madi because she was ‘drunker’ and ‘impaired.’

Third-degree rape charges in Louisiana relate to a victim being unable to consent because they are under the influence of alcohol or drugs and the offender ‘knew or should have known of the victim’s incapacity’.

A lawyer representing all of the defendants claims that he has video proof that they are innocent, and that she willingly participated in the sexual activity.

He claimed that Brooks was in a ‘coherent state’ and ‘knew what was happening’ – arguing that the footage would prove this.

Ron Haley told WAFB9: ‘She willfully got into the car, said that her rides had left her, and she got in.

‘This is absolutely not a rape. Listen this is a tragedy, definitely not a crime.

‘Can you tell that she was intoxicated? Yes.

‘To the point under the law that you say you’re in a drunken stupor, to the point that you cannot lawfully give consent or answer questions? Absolutely that was not the case.

‘Based on a disagreement, she got out of the vehicle. She indicated she was getting an Uber.

‘I want the public to know, these young men or really the driver of the vehicle and the young men that were in there, did not put her off on the side of the road.’

It is unclear if the footage has yet been handed over to the authorities, with Haley saying he would turn it over to investigators and the District Attorney’s office.

Haley and East Baton Rouge Sheriff’s office did not immediately respond to a request for comment by DailyMail.com. 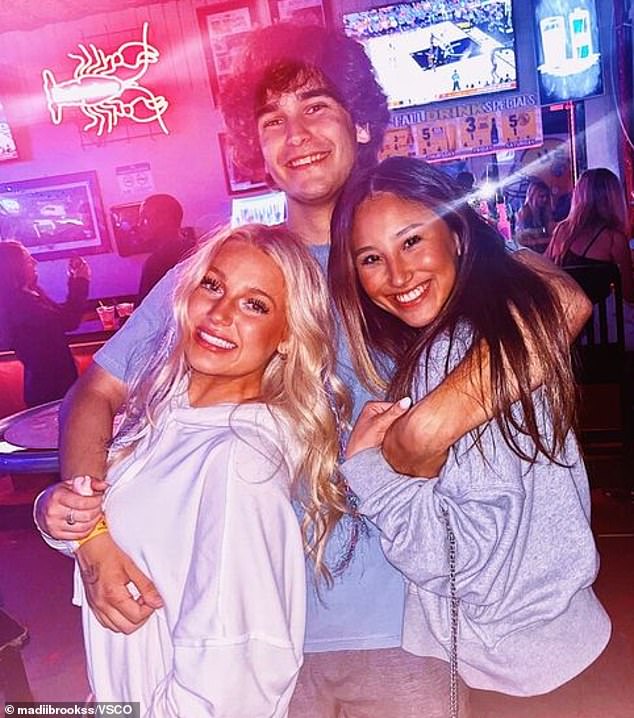 Madi was dumped less than a ten-minute car journey from the bar before being hit by the ride-share car at 2:50am 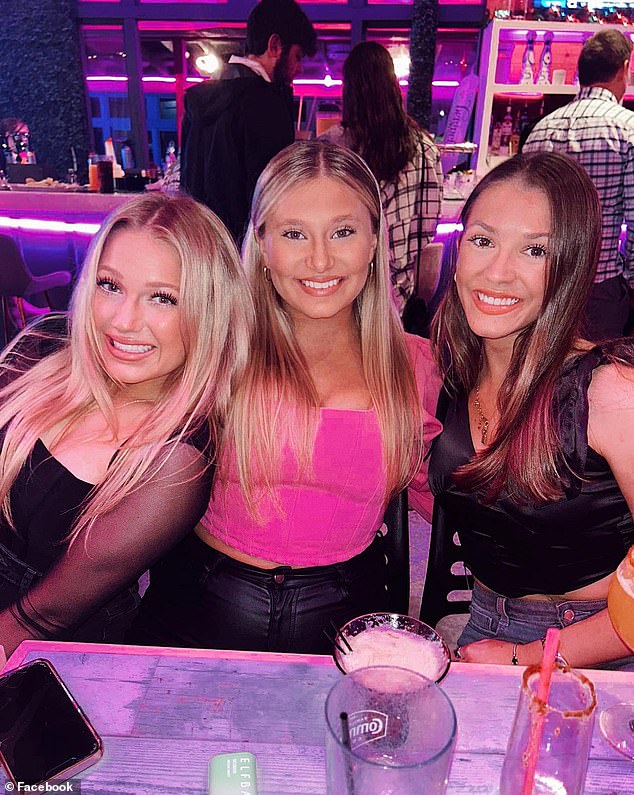 Legal documents seen by DailyMail.com reveal that Madi had 0.319g per cent of alcohol in her system – so high that toxicologists said she could have suffered from alcohol poisoning or loss of consciousness

Carver said he felt ‘uncomfortable’ during the sex acts and he ‘hated it’, adding that he thought she was too drunk to consent

A spokeswoman for the DA’s office could not confirm if the video was handed over to authorities.

Authorities also seized surveillance footage from the bar and nearby businesses which show Brooks arriving at the bar at 10.06pm.

Carver, Lee, Washington and the teenage boy arrived at 10.18pm.

Officers say in their affidavit that at 1am Brooks was seen sitting on a stool by the counter at the bar before stumbling, and got back to her feet with the help of the men.

At 1.34am she was seen sitting on a bench by the entrance door before falling again, with the teenager approaching her, removing her cap and helping her to get to her feet.

Carver told police that the 17-year-old and Washington both had sex with the victim in the back seat of the car.

Brooks was dumped less than a ten-minute car journey from the bar before being hit by the ride-share car at 2:50am. 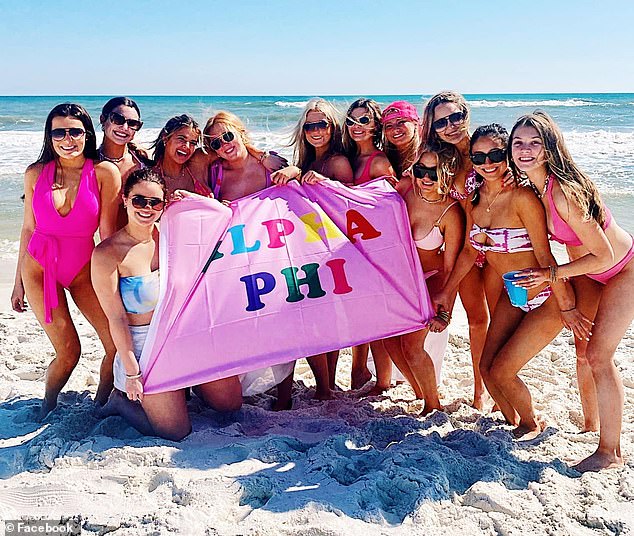 Her sorority wrote on Monday: ‘Madi was a bubbly, loving, and selfless friend. She left an indelible mark on our chapter, we cherish our memories together and we will never forget her. Our forever friend was also a hero, Madi donated her heart and kidneys to save others’ 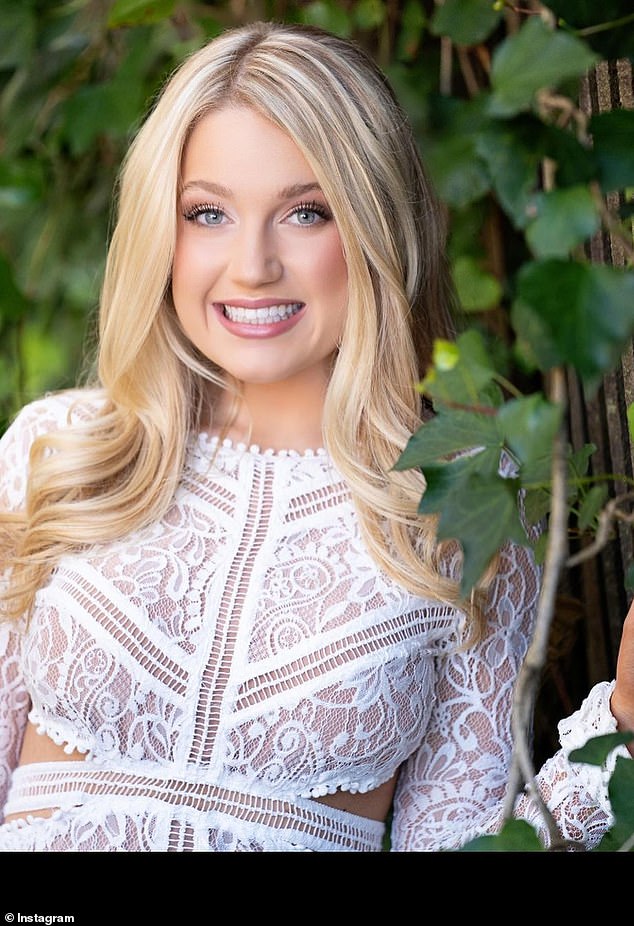 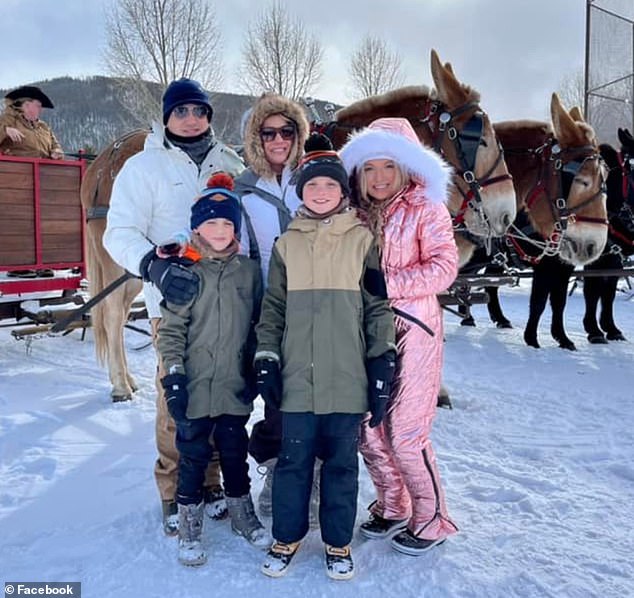 Carver, who was driving the vehicle, told cops that he asked Madi where her friends were, but she said she did not know and appeared ‘drunk’. Pictured: Madi, right, with her mom, Ashley, stepdad Scott and brothers Brady and Aiden

Carver, who was driving the vehicle, told officers that he asked Brooks where her friends were, but she said she did not know and appeared ‘drunk’.

He added that Brooks gave ‘verbal consent five times’ to the 17-year-old before having sex with her in the rear of the car.

Washington, 18, then exited the vehicle, before swapping with the teenager to also have sex with her.

Carver said he felt ‘uncomfortable’ during the sex acts and he ‘hated it’.

He said that he thought she was too drunk to consent.

Both Carver and Lee remained in the front of the car while the sex acts were being performed, with Carver telling them to ‘stop’ before dropping Brooks off. 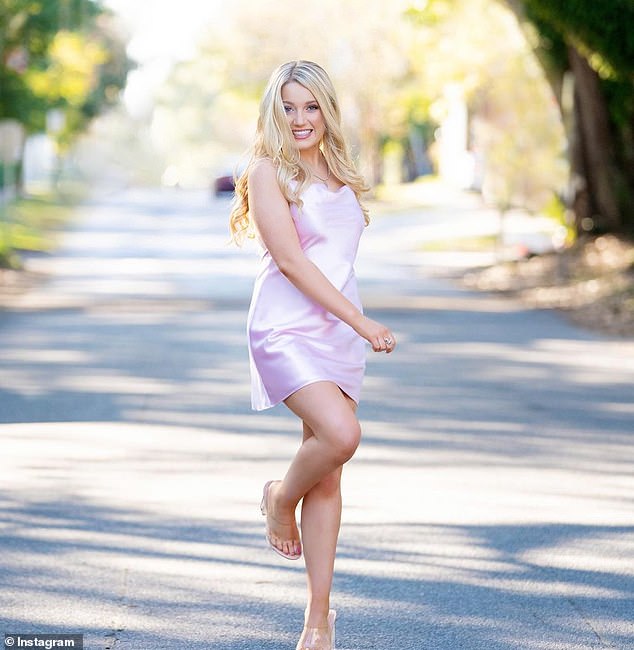 Police say that she was so drunk that she would not have been able to consent to the sexual activity, with Carver telling cops he ‘hated’ what his friends did to Madi because she was ‘drunker’ and ‘impaired.’ 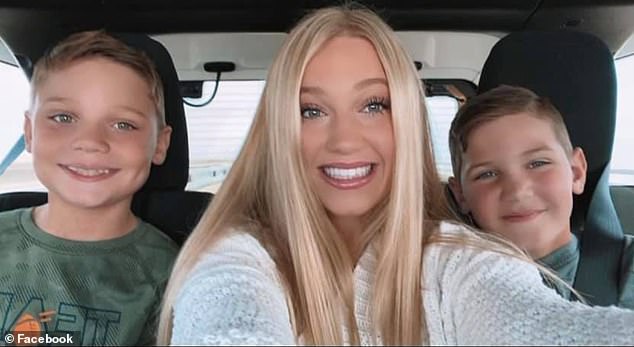 The defendants say  that she was in a ‘drunken state’ but was able to consent and willingly got in the car with them before they dumped her at the side of the road.  Pictured: Madi with her two younger brothers 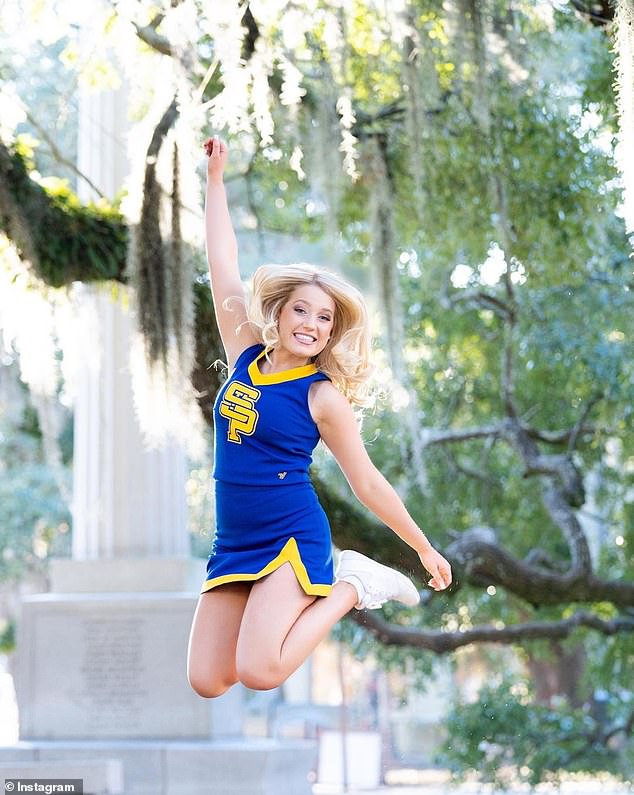 It is unclear if the footage has yet been handed over to the authorities, with Haley saying he would turn it over to investigators and the District Attorney’s office

He told officers: ‘When I tell you drunk, drunk, she was drunk.’

He requested an attorney when asked for an oral DNA swab.

The mother of the 17-year-old refused to allow her son to give a statement.

A post-mortem revealed that Brooks had ‘injuries consistent with previous sexual assault anally’ as well as her injuries from the crash. 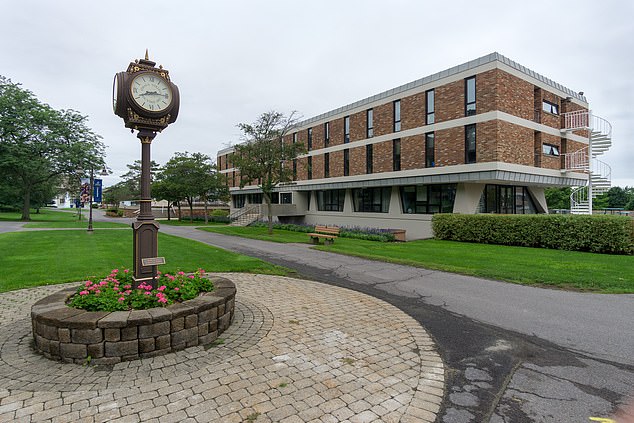 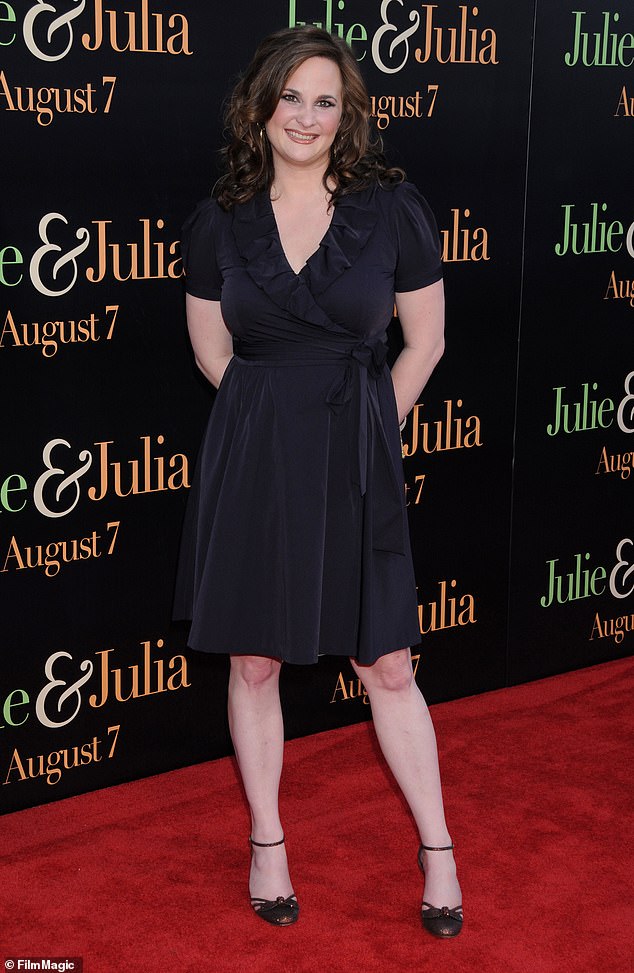 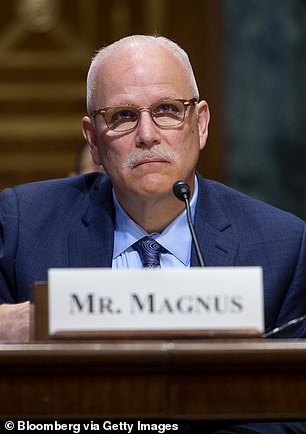 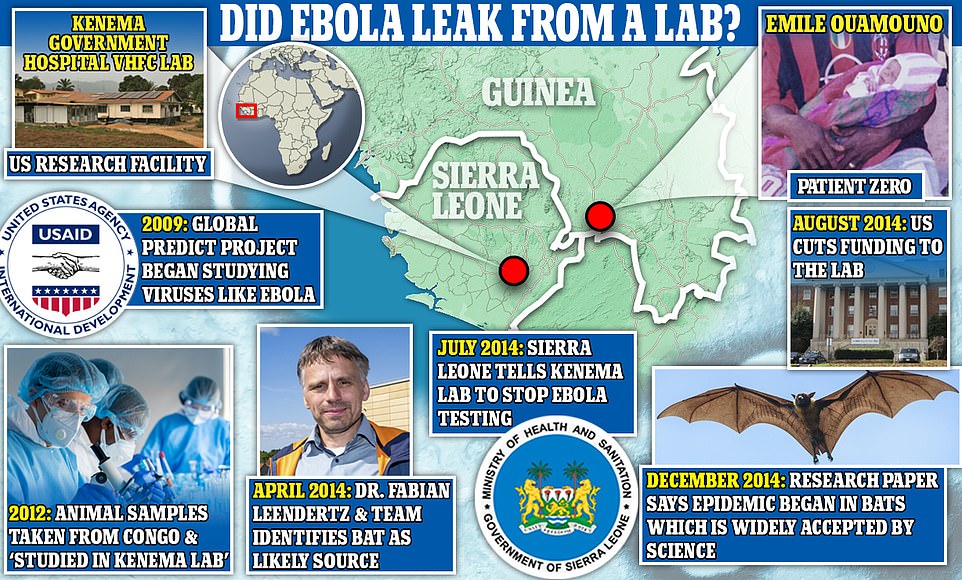 Ebola could have leaked from US biofacility causing 2014 West Africa outbreak, scientists claim